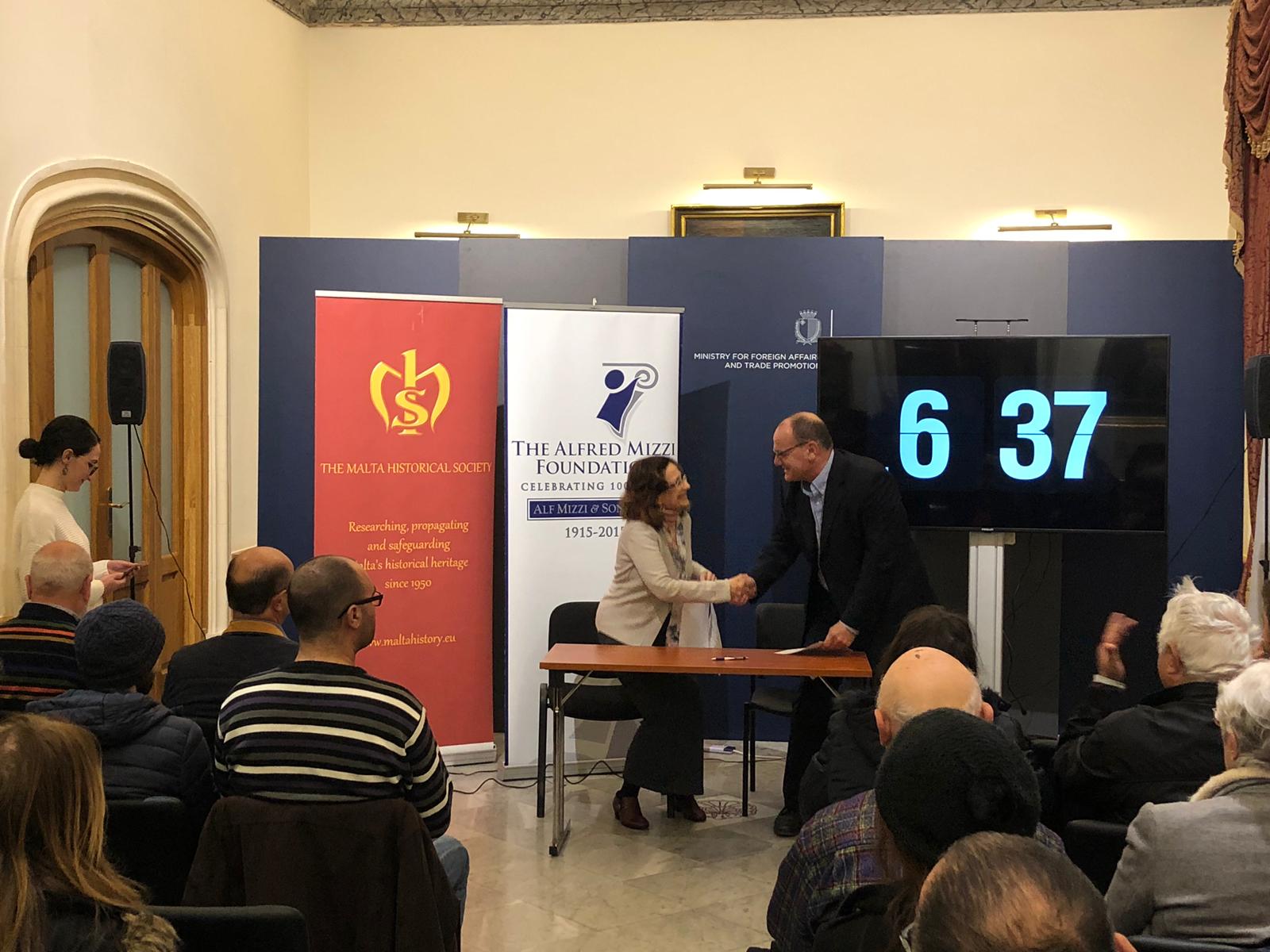 It was Monsignor Professor Arturo Bonnici who, a few years after the end of World War II, launched a public appeal through the columns of Leħen is-Sewwa (the Catholic Action newspaper) for the setting up of a historical society.

Writing on 14 January 1950, he stressed the need of researching and recording scientifically our past history as national greatness was intimately bound with what transpired throughout the ages. The past events of Malta were still buried to a large extent in public and private archives, and a proper history of Malta, in accordance with modern methodology, was still to be written.

In February 2015, they moved to Switzerland to give their son the opportunity to attend Padovan Therapy sessions on a daily basis, where they immediately started noticing notable improvements. Anton and Sueanne were also in Geneva at the same time with their son Kayne.

Many years later, in 2004, Alf. Mizzi & Sons Ltd. set up The Alfred Mizzi Foundation and the objectives of this foundation was the promotion of National Heritage, Education, Environment and Social Solidarity. It was therefore quite clear that the common goals of both foundations would come together culminating into this agreement.

The Alfred Mizzi Foundation, through this sponsorship, will, over the course of the next four years be funding the monthly lectures as well as the Meritorious Awards as well as the History Week activities organised by The Malta Historical Society.

Speaking after the signing of the agreement, Albert Petrocochino, a trustee of The Alfred Mizzi Foundation said: “our foundation is delighted to have renewed its support to this Society which over its nearly 70 years of existence has had the foremost exponents of Maltese academia in the fields of Melitensia bring to light exciting facets of our history which hitherto had been very limited and which through dissemination to the greater public enriches our society at large”.

Signing on behalf of the Malta Historical Society was the society’s vice-president Prof. Yosanne Vella. The signing took place at Palazzo Parisio in Valletta.

This site uses cookies. By continuing to browse the site, you are agreeing to our use of cookies.

We may request cookies to be set on your device. We use cookies to let us know when you visit our websites, how you interact with us, to enrich your user experience, and to customize your relationship with our website.

Click on the different category headings to find out more. You can also change some of your preferences. Note that blocking some types of cookies may impact your experience on our websites and the services we are able to offer.
These cookies are strictly necessary to provide you with services available through our website and to use some of its features.

Because these cookies are strictly necessary to deliver the website, you cannot refuse them without impacting how our site functions. You can block or delete them by changing your browser settings and force blocking all cookies on this website.
These cookies collect information that is used either in aggregate form to help us understand how our website is being used or how effective our marketing campaigns are, or to help us customize our website and application for you in order to enhance your experience.

If you do not want that we track your visist to our site you can disable tracking in your browser here:
We also use different external services like Google Webfonts, Google Maps and external Video providers. Since these providers may collect personal data like your IP address we allow you to block them here. Please be aware that this might heavily reduce the functionality and appearance of our site. Changes will take effect once you reload the page.

Privacy Policy
We use cookies to ensure that we give you the best experience on our website. If you continue to use this site we will assume that you are happy with it.OKRead more