The Alfred Mizzi Foundation and the Notarial Archives 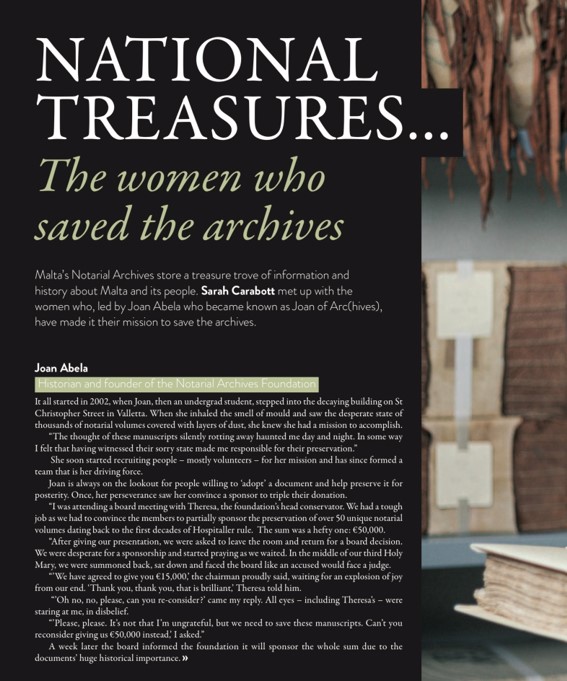 Notary Selvagij de Via had worked as a notary for the Order of St John whilst still in Rhodes and had joined the Hospitallers in their eight-year odyssey, after having been ousted from that island by the Ottoman Empire. Upon their settlement in Malta, Bartholomeo Selvagij de Via resumed his notarial work, having established himself in Birgu, resulting in a twenty-year career on the Maltese Islands, which included other important positions within the administrative framework of the Knights of  St John.

The acts of Notary Selvagij de Via shed light on the first decades of the Hospitaller Order’s stay in Malta, a period which is very sparsely documented. They record daily activities, which reflect the impact of the arrival of the knights and their Greek followers on the local population. Among these one finds the leases of the first auberges to accommodate the knights, the sale of property, which reflects the high   demand for houses in Birgu, economic activities such as trading practices, money loans and insurances. Deeds of a more personal nature include marriage contracts, dowries and wills. All of these project the modus operandi of a population undergoing a gradual but significant change under new rulers.

With the Alfred Mizzi Foundation’s ‘adoption’, these important testimonies to life in mid-sixteenth century Malta received professional conservation. Under the supervision of the NAF’s Head of Conservation, Dr Theresa Zammit Lupi, these volumes have undergone various conservation treatments. These ranged from paper repairs to ink consolidation, as well as the rebinding in conservation grade parchment skin of all the covers that had been bound in the early 20th century with material having a high acidic content. The NAF looks forward to completing the conservation of these 53 manuscripts later this year.