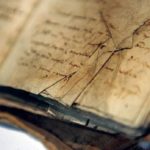 Notary’s Work to be Restored

Notary’s Work to be Restored

The works of the very first notary of the Order of St John in Malta will be the subject of a €50,000 restoration project, after a sponsorship by the Alfred Mizzi Foundation ensured their preservation for generations to come. The invaluable documents of Bartholomeo Selvagii de Via, the Order’s notary from its time in Rhodes, are housed in the Notarial Archives and span from 1531 to 1551.

Selvagii de Via’s volumes shed light on the little-known first years of the Knights’ occupation, including the establishment of their first auberges in Vittoriosa, court minutes and daily activities of the population of the day. Conservator Theresa Zammit Lupi explained that the 52 volumes were suffering from different levels of degradation due to mould, insect damage and ink corrosion.

The sponsorship by the Alfred Mizzi Foundation is the first under the Notarial Archives’ new Adopt a Notary scheme, whereby individuals and companies can sponsor the restoration of anything from a single page to the entire output of a historical notary. Announcing the project, Joan Abela, president of the Notarial Archives Resources Council, expressed her relief at having found a sponsor for the vital preservation work.

“Our ultimate goal is to develop the archives into a hub for local and international researchers,” she said.

Culture Minister Owen Bonnici said the documents represented a crucial part of the national heritage, shedding light on what “makes us Maltese”. “The archives should not be a cemetery, but a living, breathing centre of research,” he said. Julian Sammut, a trustee of the Alfred Mizzi Foundation said: “In our 100th anniversary year, we are very happy to be able to help such a worthy project, and we hope many others will follow.”

The restoration is one of six community projects being carried out by the foundation as part of its centenary celebrations, at a total cost of €600,000.